The source of fat is a fat food that is absorbed in the intestine. In addition, large amounts of fats and lipids are formed in the body of excess carbohydrates in food and carbohydrate can also be synthesized in small amounts of protein. Total body fat is 10-20%, and even more obesity. Fat and lipids after suction delivered to all organs and tissues.

There are differences in the fat composition of different species and different organs of the body.
The composition of the oil depends on the supply. After a long supply of one type of fat stored fat man begins to approach its properties to the properties of edible fat. Fats and lipids used as a plastic material resistant saved.
With abundant food fats or carbohydrates and lipids of the fat is deposited as the fat reserves in the subcutaneous tissue, gland and loose connective tissue surrounding the internal organs. This fat – spare food material deposited in fat depots, which mobilizes the body during cooling and fasting, and is used as a source of energy, as an energy material.
Up to 80% of the energy used during prolonged heavy physical work, it can be released from the oxidation of fats, or products of their decomposition.

Substitute fat from fat depots in the tissues is split, with the participation of lipase to glycerol and fatty acids and further oxidized to carbon dioxide and water, while releasing large amounts of energy. Finally, some of the fat from the fat depot may enter the blood enzymes cleaved to glycerol and fatty acids and delivers blood to the liver where they are converted to glycogen. The conversion of glycerol into glycogen established. Consequently, between fat and carbohydrate metabolism have a close relationship.

Plant and butter, fish oil absorbed by 97-98%, beef and mutton fat by 90%. The vegetable fats contain unsaturated fatty acids, which are formed in the liver lipids. During physical work in the daily amount of fat should be 70-75% of animal fat and 25-30% of the plant. Fat intake per day should be about 17 wt%, and an energy of about 30% of the total amount of food, ie. E. For an adult human of approximately 100 g, and when the physical – 115-165 g Excessive fat slows digestion and also reduces the physical working capacity of 2-3. The amount of fat in the blood in a large content in the food may be up to 1% and more (lipaemia). Excess fat in the diet is especially harmful to the elderly, it shortens life.

As part of the food coming into the body are two main groups of lipids: phosphatides and sterols.
Phosphatides – polyols and fatty acids, phosphoric acid and contain basic nitrogen. These include phosphatide choline – lecithin, located in neurons, which is formed from choline promotes accumulation of proteins. In conjunction with acetic acid, choline forms acetylcholine – a key mediator of the nervous system, ensure the implementation in her excitement. Phosphatides, neutral fats, cholesterol and other lipids are membrane and organelles in cells and cause their selective permeability. In the body, especially a lot of glycerophosphatides that are involved in the absorption and synthesis of fat. Phosphatides are synthesized in the liver and gut wall. Their deficiency causes fatty liver, and arteriosclerosis. Found in unrefined vegetable oils (sunflower), butter, eggs. The daily dose of phosphatides ’10.

Sterols – alcohols, which in combination with fatty acids to form esters. These include cholesterol contained in the largest amount in the brain and adrenals. Total cholesterol levels in humans of about 0.2% by weight. In the body, it is formed from the products of oxidation of fats and carbohydrates. The main cholesterol synthesis in the liver (80%). Cholesterol is available in foods of animal origin, plant foods do not. In the body are formed from cholesterol, bile acids, hormones and hormones of the adrenal cortex. The daily rate of a mixed meal contains up to 1.5 g cholesterol, sterols To apply vitamin B. 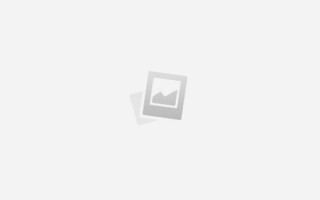 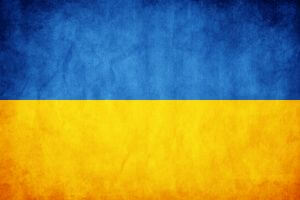